BEREAVED BROTHER TAKES STEPS TO SAVE LIVES WITH CHARITY WALK 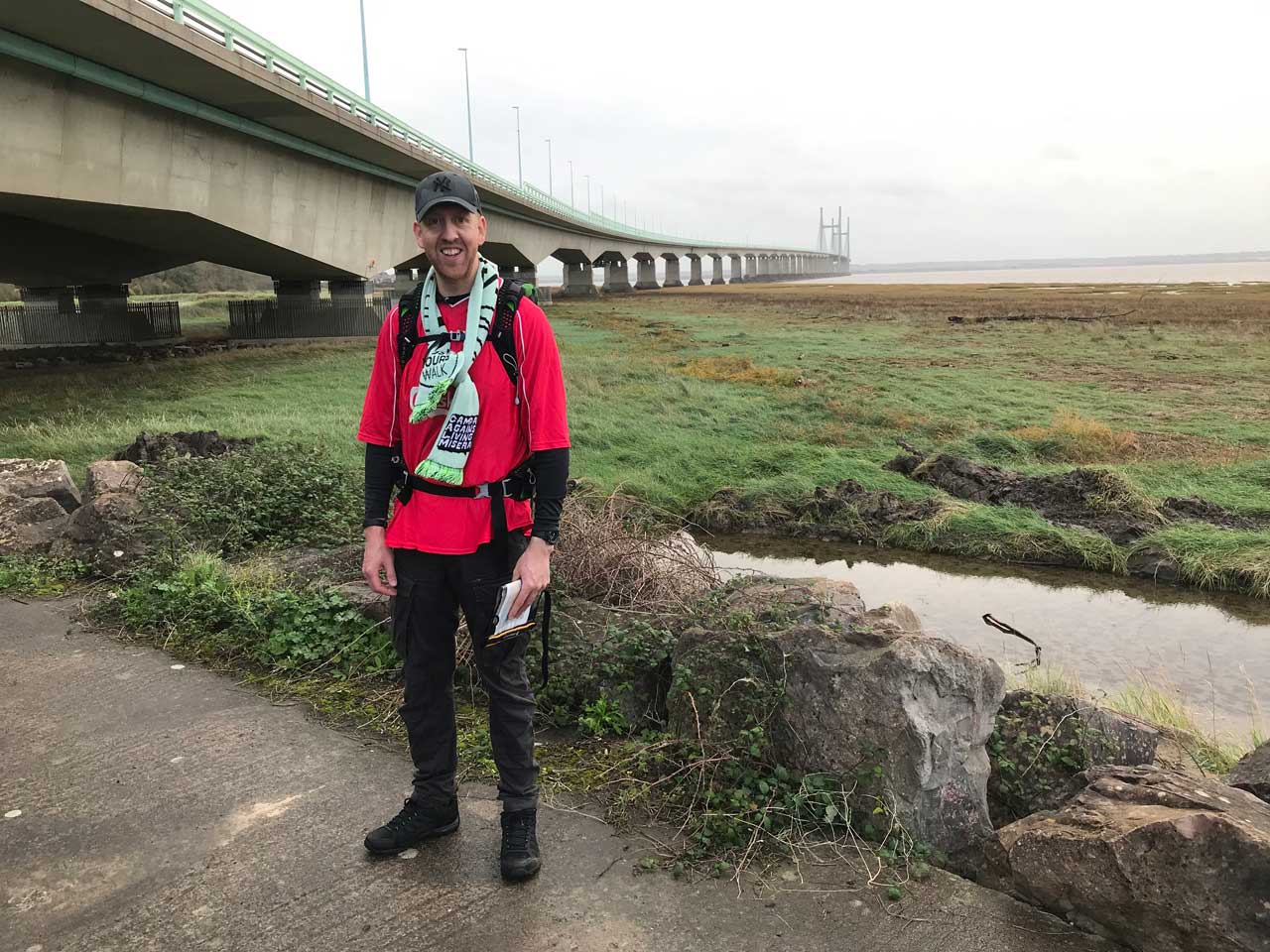 A BRISTOL man has stepped up to the challenge of raising money for a mental health charity in his brother’s memory.

Dan Armstrong, from Kingswood, took part in the Lost Hours Walk, part of the Campaign Against Living Miserably (CALM), as a tribute to his brother Gavin.

Dan, who works for the Edenstone Group, decided to walk between the company’s two offices – from Magor to Portishead – just weeks before the charity challenge.

“Luckily my father-in-law is a retired colonel and a keen walker and helped organise the route.  It’s only a 20-mniute drive between the offices, but walking it is completely different,” Dan said.

“We kept a steady pace and finished in under 12 hours. I usually only average  around five thousand steps a day so in hindsight a bit more preparation would have helped before walking almost  59,000 steps.

“We had estimated the route as around 27 miles but in reality, it was almost 31 miles.”

Chelsea fan Dan wore his brother’s Liverpool FC kit during the walk, which he says would have given Gav a laugh.

Dan described his brother, who took his own life last December, as the “life and soul of the party” and “always smiling and looking out for others”.

Dan has so far raised almost £1,400 for CALM. His employers are boosting his fundraising with a £500 donation via the Edenstone Foundation. The Foundation receives a proportion of the proceeds from every home sold by the Edenstone Group to support good causes.

Across the UK more than 800 people took part in the lost hours walk collectively raising more than £160,000.

“The donations and knowing we were walking in Gav’s memory helped keep us motivated during the walk, particularly when the weather changed and became stormy,” Dan added.

“It was windy on the bridges and there were signs with details of where to seek help for mental health, which was quite poignant. I think Gav would be happy to see me helping raise awareness of mental health and money for charity to help other people. I like to think he would be proud of me.”

donate
Ant Howard2022-11-03T13:59:00+00:00
Page load link
We use cookies on our website to give you the most relevant experience by remembering your preferences and repeat visits. By clicking “Accept All”, you consent to the use of ALL the cookies. However, you may visit "Cookie Settings" to provide a controlled consent.
Cookie Settings Accept All
Manage consent