SITE MANAGER PHIL RAISES £10,000 FOR THE RNLI IN MEMORY OF HIS SON

Home/Uncategorised/SITE MANAGER PHIL RAISES £10,000 FOR THE RNLI IN MEMORY OF HIS SON

SITE MANAGER PHIL RAISES £10,000 FOR THE RNLI IN MEMORY OF HIS SON 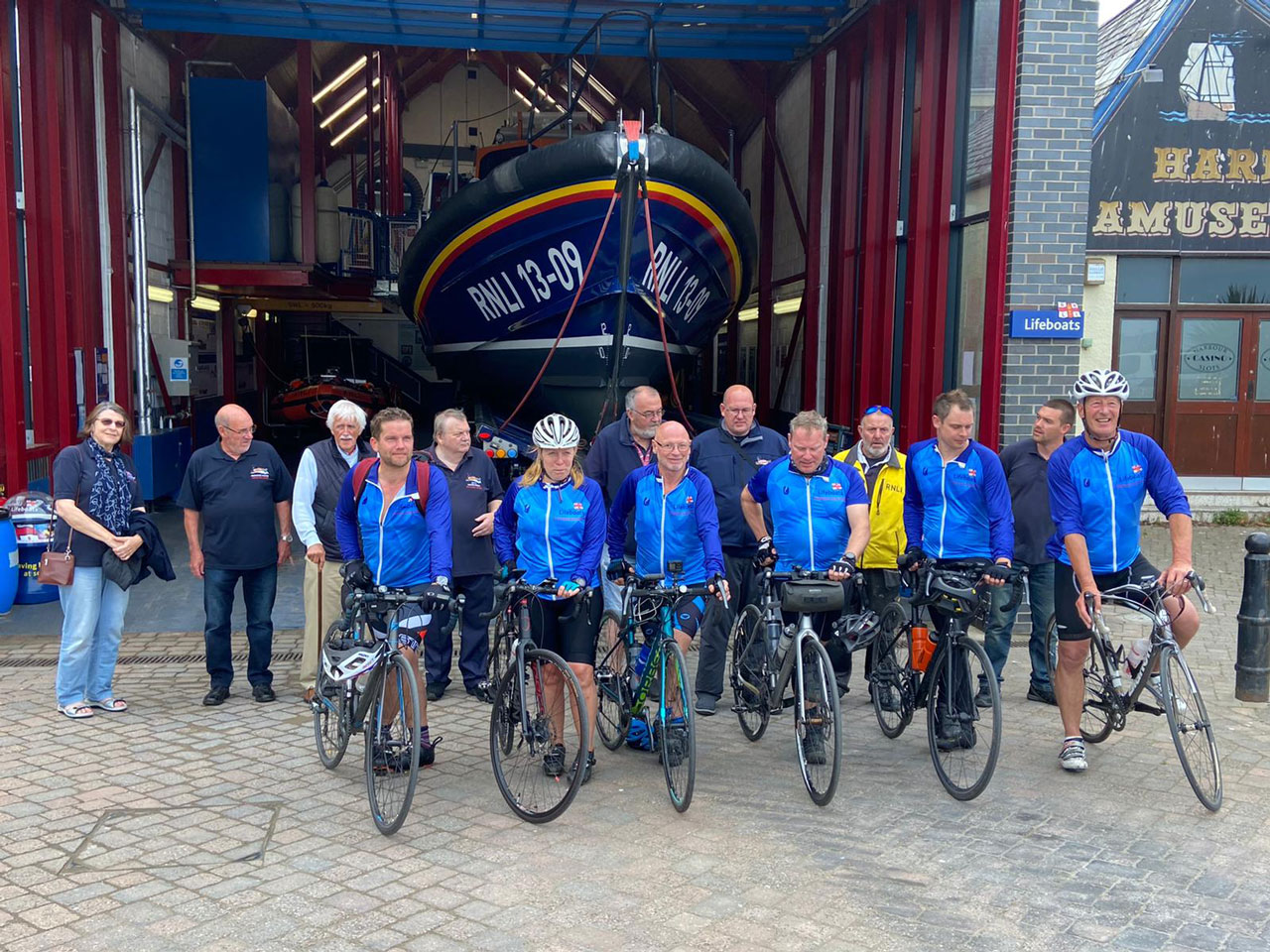 PHIL Bindon, site manager for the Edenstone Group, is riding high after completing a 200-mile cycle in challenge in aid of the RNLI in memory of his son.

PHIL Bindon, site manager for the Edenstone Group, is riding high after completing a 200-mile cycle in challenge in aid of the RNLI in memory of his son.

Passionate fisherman Mike was just 23 when he was swept out to sea off the coast of Cornwall in January 2014 after being hit by a freak wave. His friend managed to call the emergency services and the RNLI were on the scene within 15 minutes, alongside air support. Despite extensive searches, Mike was never found.

Dad Phil, from Weston-super-Mare, has since campaigned on behalf of the RNLI to raise awareness and received an Inspiring Communicator Award in 2016.

After taking up cycling during lockdown in May last year, Phil set himself a challenge of riding from Weston-super-Mare to Padstow over four days, stopping at RNLI lifeboat stations along the way.

With the help of a donation from the Edenstone Foundation, plus the support of friends, family, colleagues, contractors, suppliers and more, he’s beaten his target of raising £10,000.

Phil said: “I wouldn’t have been able to do it without the support of the Edenstone Foundation. I can’t thank them enough for their getting behind me, donating £1,500 towards the fundraising, providing cycling and accommodation along the route.

“I’m so pleased we reached the target and enjoyed the ride itself. I think Mike would have had a giggle and said ‘silly dad what are you doing that for at your age’.”

The cyclists received a good reception at the RNLI stations along the route, welcomed with signs, beer and cream teas.

“The first day went well but on the second day we had a big elevation climb at Porlock Hill. It’s quite a steep elevation and when we went up the toll road there was a bit of cloud, wind and rain for about an hour,” Phil, who is overseeing construction of new homes at an Edenstone Group development in Brockworth, Gloucestershire, explained.

“We had a bit of a hiccup in Ilfracombe when Matt’s bike broke. We went round bike shops to try and fix it and looked at hiring one, but because he wanted to complete the ride he ended up buying a new bike.” 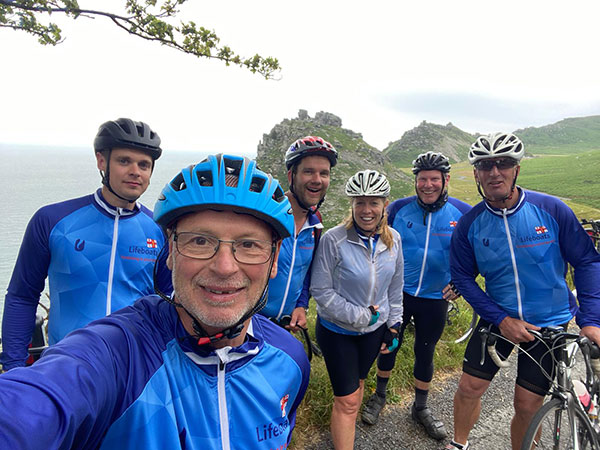 Phil described leaving Clovelly as “near impossible to ride” with some of the riders resorting to walking and pushing their bikes.

“Bude to Rock along the coast road was tough on the last day and some of the hills were challenging – they were short hills but very steep. They were a challenge when we had four days cycling under our legs. By the end we were glad to see the last of the hills,” Phil added.

“It helped me get through furlough and lockdown, keeping me physically and mentally fit. I’ve lost two stone since Christmas training for the challenge – it’s the lightest I’ve been for 40 years,” Phil said.

“I haven’t been out on the bike since the ride but I’m thinking of taking on annual challenge. Watch this space.”

‘Phil and his team certainly set themselves a massive challenge, not only to cycle 200 miles but also to raise £10,000, which is a phenomenal amount of money. The fact that they achieved both is fantastic and Mike would be so proud of his dad. As a charity that relies on public donations, we are extremely grateful to be the recipients. The money raised will go towards providing our volunteer lifeboat crews with the training and equipment they need to be able to answer the call for help. ‘

Edenstone Group operations director Chris Edge said: “Phil’s journey from novice cyclist to fundraising champion is a real inspiration. The RNLI is a charity that’s very close to him for Phil and so we were keen to lend our support, helping with logistics and making a donation towards his total. We’re sure Mike would be as proud as we are of Phil’s efforts.”

To add a donation to Phil’s fundraiser go to https://www.justgiving.com/fundraising/philip-bindon-cyclechallenge.

Ant Howard2021-09-27T11:20:11+01:00
Page load link
We use cookies on our website to give you the most relevant experience by remembering your preferences and repeat visits. By clicking “Accept All”, you consent to the use of ALL the cookies. However, you may visit "Cookie Settings" to provide a controlled consent.
Cookie Settings Accept All
Manage consent