RUGBY LEGENDS TEAM UP WITH HOMEBUILDER FOR FUNDRAISER

Home/Uncategorised/RUGBY LEGENDS TEAM UP WITH HOMEBUILDER FOR FUNDRAISER

RUGBY LEGENDS TEAM UP WITH HOMEBUILDER FOR FUNDRAISER 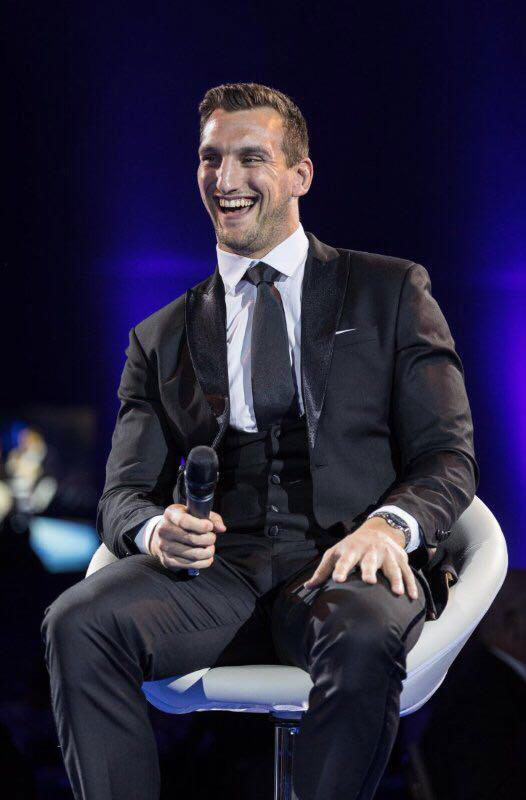 RUGBY fans will be on to a winner – the Edenstone Foundation has scored two legends to appear at a fundraising dinner to support a young adult with spinal muscular atrophy.

Tickets are now on sale for An Evening with Sam Warburton, taking place at Bryn Meadows Resort, Maesycwmmer, on July 20. But Sam isn’t the only legend appearing at the event – Welsh international Andrew Coombs will host a Q&A session, putting guests’ questions to Sam.

The event is being organised by the Edenstone Foundation, the charitable arm of Magor-based homebuilder, the Edenstone Group. The foundation receives a proportion of the proceeds of every home the group sells, with staff also fundraising to support good causes.

Money raised during the event will be used to provide a specially adapted wheelchair for Jake Ogborne. Jake, originally from Caerleon but who lives in Bristol, was diagnosed with the degenerative neuro-musuclar disease, spinal muscular atrophy type three, aged just four. The condition affects every muscle in his body but up until summer 2017 he was able to walk short distances.

Jake’s mum Kate, who went to school with an employee of the Edenstone Group, said: “Over the last two years Jake’s condition has deteriorated quite rapidly and he is now unable to walk so uses his wheelchair full time. As his muscles weaken all over his body, his arms are finding it harder to propel himself in a manual wheelchair.

“Jake is an amazing young man who didn’t ask for this but he’s trying his hardest to make the most out of life. He’s an 18-year-old who wants to live life the best way he can and do the stuff other 18-year-olds do.”

The Edenstone Foundation gala dinner is raising money to provide Jake with a specially adapted wheelchair.

Lloyd Exton, commercial manager Ashgrove Groundworks, part of the Edenstone Group, explained: “The idea of a Pre-World Cup Gala Dinner was something we discussed while we were training for another charity event – the Three Welsh Peaks. The Rugby World Cup doesn’t kick-off until September, but our event is in July and suppliers and contractors have already snapped up more than 200 tickets.

“We’re offering the remaining tickets for general sale and it will be a great opportunity for rugby fans to meet Sam Warburton. When planning this event, Sam was the obvious choice. He’s a legend of the sport and what he’s achieved with Wales and the British Lions has been incredible.”

Tickets for the event are £55 + vat per person or £500 + vat per table of 10. The event includes musical entertainment by Ebbw Vale male voice choir, a three-course dinner, charity auction, raffle and the Q&A with Sam Warburton.

Ant Howard2019-07-08T12:34:03+01:00
Page load link
We use cookies on our website to give you the most relevant experience by remembering your preferences and repeat visits. By clicking “Accept All”, you consent to the use of ALL the cookies. However, you may visit "Cookie Settings" to provide a controlled consent.
Cookie Settings Accept All
Manage consent