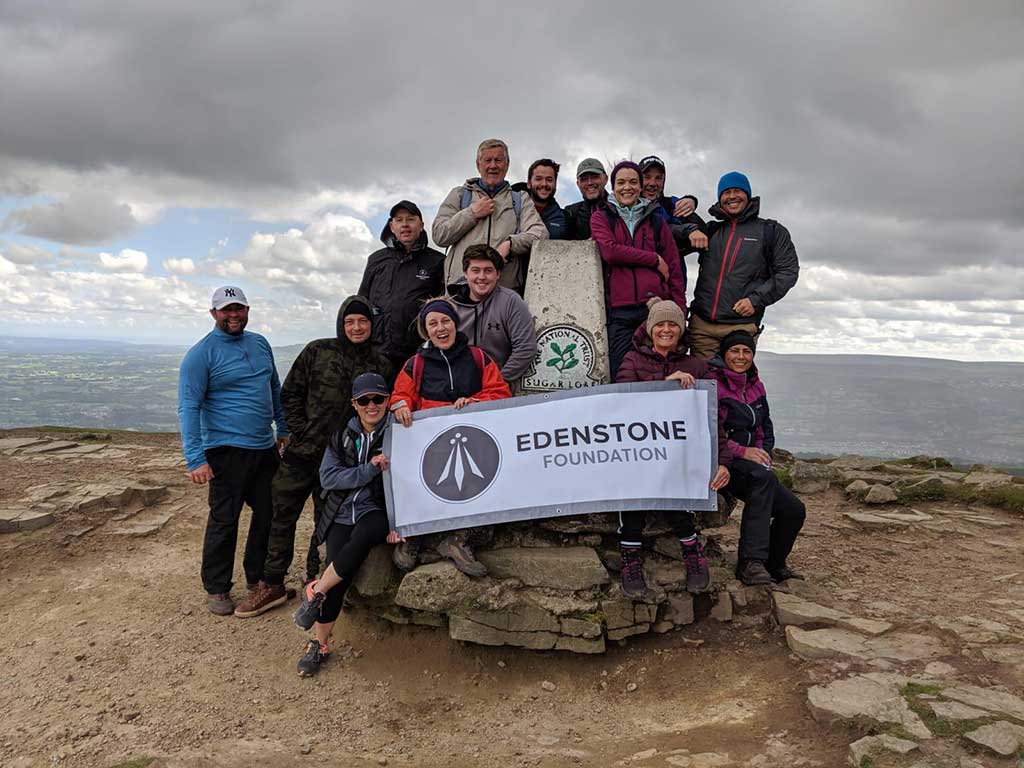 FRESH from tackling the Three Welsh Peaks, staff from the Edenstone Group are planning a new challenge – creating an outdoor space for children with special educational needs.

A group of 15 walkers from the Magor-based business scaled Pen Y Fan, Skirrid and then Sugar Loaf in aid of Birchgrove Comprehensive School, in the Vale of Swansea.

Their efforts have so far raised around three quarters of their £5,000 target, to be used towards materials for the DIY SOS-style project at the school.

The school was nominated for the fundraiser by Edenstone’s build director Mike Huddleston as his son Callum has autism and attends Birchgrove Comprehensive.

Mike said: “Callum thought it was awesome that the Edenstone team tackled the Three Welsh Peaks to help improve the outdoor space at his school. Luckily for the walkers, rain held off until their final descent. Now that the first stage of the challenge is complete, we’re working with the school to design the new garden. We hope to carry out the work during the summer holidays so that it’s in place for the new academic year.”

The plans for the outside space include an astro turf area, netball hoop, gazebo, covered seating area and low level climbing wall.

Lindsay Ford, from Birchgrove Comprehensive School, said: “We’d like to thank everyone who walked or donated to the garden makeover. It’s great to see a business not just donating money but using their skills to make a real difference in the community. We’re looking forward to being able to enjoy this unused area of the school grounds.”

The Edenstone Group donates a proportion of the proceeds of the homes it sells to the Edenstone Foundation Staff are also committed to actively raising money and proffering practical help to good causes in the community. A charity ball held last October raised £5,000 for Welsh homelessness charity The Wallich. The foundation is also planning World Cup charity dinner with Wales & British Lions legend Sam Warburton.

To support the fundraising in aid of Birchgrove Comprehensive go to https://www.justgiving.com/crowdfunding/walk-for-birchgrove-comprehensive-school?utm_term=RYVnqKDBm.

Ant Howard2019-07-08T12:34:21+01:00
Page load link
We use cookies on our website to give you the most relevant experience by remembering your preferences and repeat visits. By clicking “Accept All”, you consent to the use of ALL the cookies. However, you may visit "Cookie Settings" to provide a controlled consent.
Cookie Settings Accept All
Manage consent